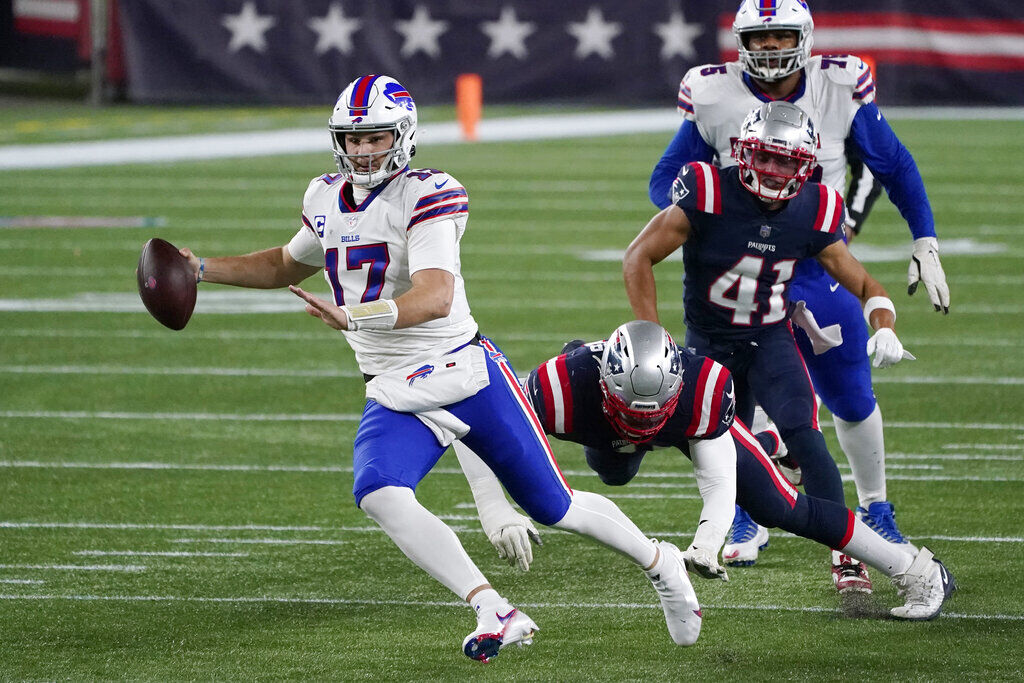 Dolphins at Bills
Is Buffalo really THIS good? One year ago we were all mocking Josh Allen for choking away a playoff victory. Now he’s an NFL MVP candidate and there’s a legitimate argument the Bills are the best in the AFC. If I’m Carson Wentz, I spend every hour of the next several weeks begging Jeffrey Lurie to fire Doug Pederson (now apparently not happening) and bring in Bills Offensive Coordinator, Brian Daboll. DOLPHINS If I were Charles Barkley; Dolphins +2

Ravens at Bengals
After an uneven season, Baltimore returned to its bread and butter ground attack. Barring a shocking defeat to the Bengals, we’ll get to see if it actually works in the postseason next weekend. RAVENS If I were Charles Barkley; Ravens -13

Steelers at Browns
Pittsburgh started chucking the ball downfield in the 2nd half against the Colts and it won them the game, saved their season, and provided a week of much-needed rest. Why did they spend a month not doing what got them to 11-0 in the first place? I have no idea. BROWNS If I were Charles Barkley; Browns -10

Vikings at Lions
Remember when I boldly guaranteed in late October that either the Vikings or Falcons would make the playoffs? I was joking. You fell for it. LIONS If I were Charles Barkley; Lions +4

Jets at Patriots
New England is the most unwatchable team in football. If Cam Newton wants to be in the league in 2021, he better learn to play linebacker. JETS If I were Charles Barkley; Jets +3

Cowboys at Giants
The Giants last scored more than 20 points on November 15th. The Dallas offense has found itself over the last three weeks, averaging 36 points. Is this Daniel Jones’ last opportunity to convince the Giants not to draft a quarterback in the 2021 draft? Should it be? COWBOYS If I were Charles Barkley; Cowboys -1

Falcons at Buccaneers
Tom Brady will be rooting hard for the practice squad Eagles Sunday night. His bones want nothing to do with that Washington pass rush. BUCCANEERS If I were Charles Barkley; Falcons +7

Packers at Bears
This should be the best game of the day. Both teams have a lot on the line. Count me out on the Aaron Rodgers for MVP over Patrick Mahomes train. Touchdowns shouldn’t swing such an award so drastically. BEARS If I were Charles Barkley; Bears +4.5

Raiders at Broncos
After last Saturday’s crushing defeat, I wouldn’t be surprised if the Raiders simply don’t show up in Denver. Like literally don’t even enter the state of Colorado. BRONCOS If I were Charles Barkley; Broncos +2.5

Jaguars at Colts
The Colts missing the playoffs at 11-5 would be a huge bummer. Don’t worry, Carson Wentz will be in Indy soon and 12-4 will be here in no time. COLTS If I were Charles Barkley; Colts -14

Chargers at Chiefs
Despite a 14-1 record, the Chiefs haven’t been as dominate week-to-week as their record may suggest. Here’s the thing, though, is anyone going to bet against Patrick Mahomes in January? I also think the Chiefs are victims of a gambling bias. They’ve been really bad against the spread for a 14-1 team. CHARGERS If I were Charles Barkley; Chargers -3.5

Cardinals at Rams
The NFC West really took a nosedive after being praised as the best division back in the fall. As a division, the NFC West is 15-18 in November and December. The NFC East was 14-18 over that same stretch. CARDINALS If I were Charles Barkley; Cardinals -3

Seahawks at 49ers
Seattle hasn’t looked great in over a month and they’re a win and a Saints and Packers loss away from the NFC’s top seed. The NFC has been the deepest conference more often than not in recent decades, but man was it JV in 2020. SEAHAWKS If I were Charles Barkley; Seahawks -7

Saints at Panthers
No running backs. No Michael Thomas. It’ll be up to Drew Brees and his broken ribs to rally New Orleans to the NFC’s top seed. My goodness, Seattle really is going to get the bye. Unreal. PANTHERS If I were Charles Barkley; Panthers +5.5

Titans at Texans
The Titans would need a miraculous catastrophe to miss out on the postseason. They’ll also a need a miraculous defensive makeover to have a shot at advancing deep into January. TITANS If I were Charles Barkley; Texans +7.5

Football Team at Eagles
What a bummer for the NFL that this garbage is what will bring down the curtains on the 2020 regular season. The Eagles will be playing guys off the street before halftime. However, knowing the Eagles, they’ll probably hang tough and torture their fan base as one final middle finger for the year. FOOTBALL TEAM If I were Charles Barkley; Football Team -4