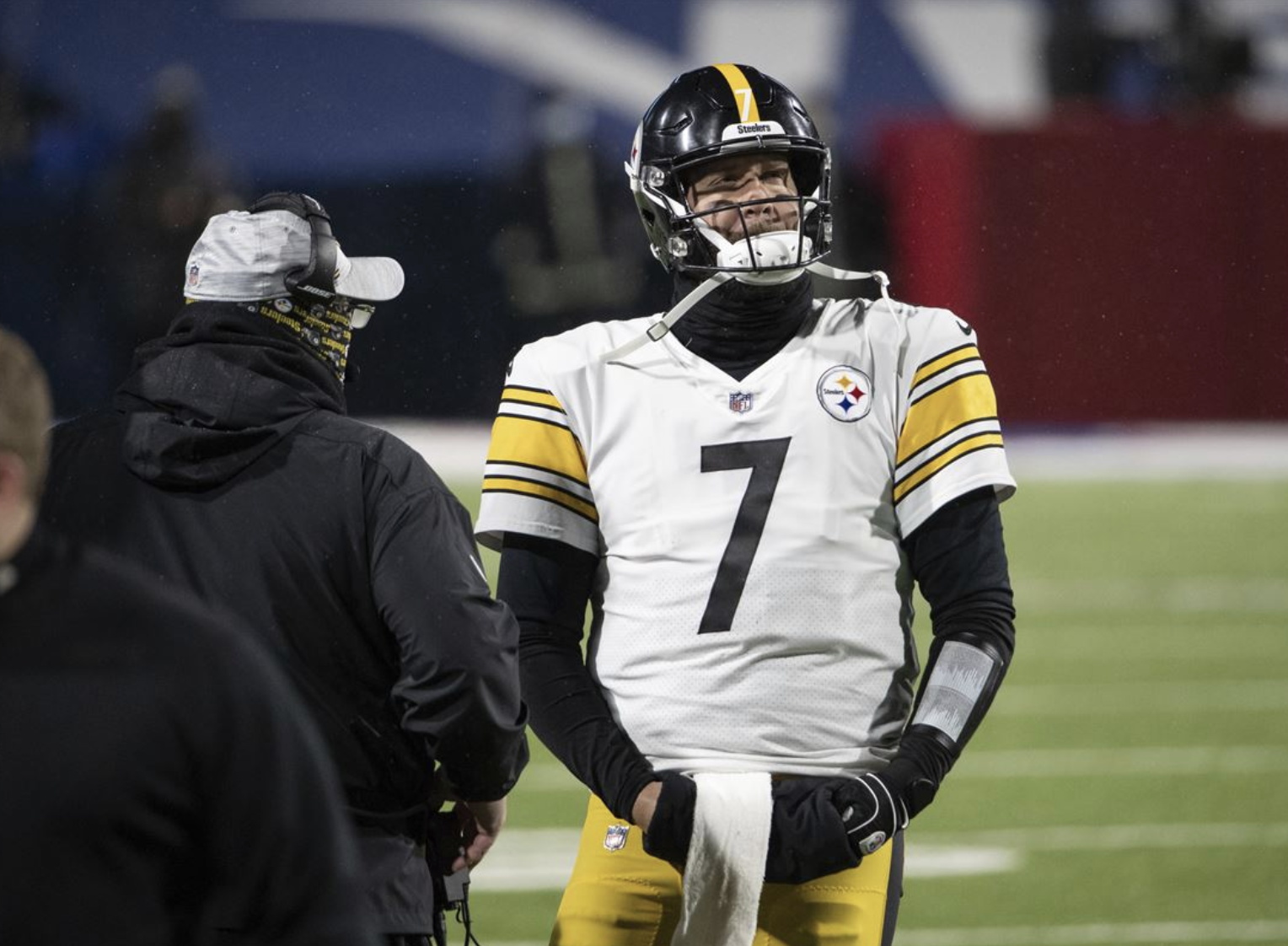 The Ravens keep it grounded, Randy Moss is loud wrong, and Pittsburgh should look within the state for their future QB. (Photo by AP)

Abbreviated picks this week. My apologies. I was out in the Wasatch backcountry taking an avalanche safety course. Here’s a picture to prove I was in the great outdoors.

Chargers at Raiders
I took the Raiders. I was wrong. Las Vegas has now dropped four of five and is a miracle win over the winless Jets from a five game skid.

Bills at Broncos
This won’t be as pretty as either of Buffalo’s last two wins. But a win is a win, especially in December. BILLS If I were Charles Barkley; Broncos +6

Panthers at Packers
Winning the top seed and home field advantage throughout the playoffs is huge, but the Packers don’t play like a team built for January weather in Lambeau. PACKERS If I were Charles Barkley; Packers -8

Buccaneers at Falcons
I praised Raheem Morris and Romeo Crennel a few weeks ago. They’ve each won once since. Sorry guys. BUCCANEERS If I were Charles Barkley; Buccaneers -6.5

49ers at Cowboys
Randy Moss said he was better than Jerry Rice. I thought about it for 4 seconds, but no. Then Moss added that Terrell Owens was better than Rice. Stop. Rice is the best football player of all time. COWBOYS If I were Charles Barkley; Cowboys +3

Lions at Titans
It was widely reported this week that Kenny Golladay wishes to sign a long-term deal to stay in Detroit. Uh, why? Is it because he’s been injured all year and fears his value around the league has dropped? Get out of there, Kenny! TITANS If I were Charles Barkley; Lions +11

Texans at Colts
Carson Wentz is probably the most depressed quarterback in the NFL right now. Deshaun Watson is almost certainly 2nd. COLTS If I were Charles Barkley; Texans +7.5

Patriots at Dolphins
The Dolphins loved playing spoiler to the Patriots late in the season over the last two decades. The tables have turned now. This is Bill Belichick’s Super Bowl. PATRIOTS If I were Charles Barkley; Patriots +1.5

Bears at Vikings
Minnesota was dominating the Buccaneers a week ago right up until their kicker couldn’t kick the football straight. A win or go home in Week 15 is always a fun watch. I’m going to keep picking the Vikings even if they hate me. VIKINGS If I were Charles Barkley; Vikings -3

Seahawks at Football Team
No Alex Smith equals no shot for Washington. The NFC East just won’t let the Eagles die. Still, given how good the Football Team’s defense is, I expect this to remain closer than one may think. SEAHAWKS If I were Charles Barkley; Seahawks -6.5

Jaguars at Ravens
I said last week Baltimore would go run heavy the rest of the season in order to make the postseason. That’s two straight weeks with 60% runs and over 200 yards. RAVENS If I were Charles Barkley; Ravens -13

Jets at Rams
I don’t think the Jets are very good. I don’t think the top pick in the draft will make them good. How do teams stay this bad for this long? RAMS If I were Charles Barkley; Jets +17

Eagles at Cardinals
Jalen Hurts was fine. Yes, fine. What he did better than Carson Wentz was make quick decisions. Two seconds and the ball was out or Hurts was on the move. He wasn’t playing quarterback last week, though, he was a runner who sometimes looked to throw. These gimmicks never last long. EAGLES If I were Charles Barkley; Eagles +6.5

Chiefs at Saints
Kansas City can’t do things most title contenders do very well, and none if it matters. As long as Patrick Mahomes has a few seconds, the Super Bowl is Kansas City’s to lose. CHIEFS If I were Charles Barkley; Chiefs -3

Browns at Giants
Why do the Browns go away from Nick Chubb for extended stretches? I love me some Kareem Hunt, too, but Chubb is far and away a better runner than Hunt. Chubb had only 4 rushes in the 4th quarter last week. That’s when Chubb is at his best. Let the man work. BROWNS If I were Charles Barkley; Browns -6.5

Steelers at Bengals
Pittsburgh has an explosive cast of young receivers and an aging quarterback under center. I think people are leaving the Steelers out as a potential Carson Wentz destination (if the price is right). Wentz is big, mobile, and has a cannon. He’s a younger Ben Roethlisberger in need of some on field tinkering. Anyway, the Bengals are the perfect cure for what ails Pittsburgh right now. STEELERS If I were Charles Barkley; Steelers -13