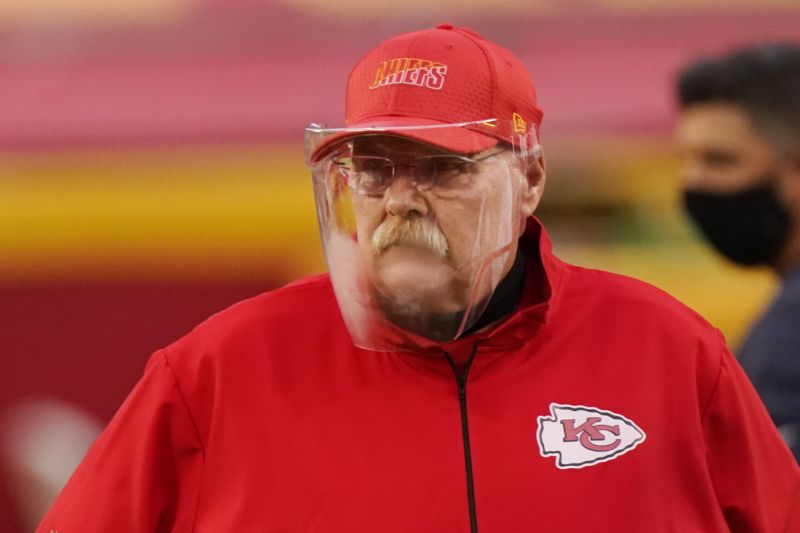 Since there was no preseason, the only information we have to go on about teams and players is from reporters. I don’t outright hate the media like some. I also don’t trust them unequivocally. Thus, I’m going to refrain from pretending I know much about the teams heading into Week 1 and instead spew nonsense about this and that. You’re gonna hate it.

Texans at Chiefs
The money was flying around the Texans and Chiefs the past month. Combined, they committed $663 million to their franchise quarterbacks over the next 4 to 10 years. $252 million is guaranteed. Remember in 2014 when Mark Cuban said football was a dying sport? Whoops. If you’re starting an NFL team, Patrick Mahomes is QB1. Deshaun Watson is probably somewhere in the top 5. Both will turn 25 this month. The NFL’s future is in good hands. CHIEFS If I were Charles Barkley; Chiefs -9

Seahawks at Falcons
The NFC South is going to be wild. The Saints are hoping Drew Brees survives another season before their impending cap doom. The Bucs just signed a 75 year old quarterback to lead them back to the postseason. The Falcons have an offense loaded with draft talent, but can they all stay healthy? Dan Quinn won’t be given another shot if they don’t win a playoff game (just my guess), so it’s unlikely he survives a slow start like 2019. It’s hard to decipher when a strong finish in the prior season actually matters, but I’m buying the Flacons 7-2 finish last year. FALCONS If I were Charles Barkley; Falcons +2.5

Bears at Lions
Mitch Trubisky has 3-5 games to prove himself or he’ll be benched before Columbus Day and out of job by 2021. Also, shame on you, Illinois and Michigan. Word on the street is the Big Ten teams in the aforementioned states are keeping the conference on the sidelines. I’m not asking you to put players in danger for entertainment. I’m asking how either of your proposed solutions make any sense. We’re gonna play in January. Sure, that sounds nice, but do you really think the pandemic is going to look any different in January? No, even if there is a vaccine, it’ll be months until enough people have access to it for it to matter. We’re gonna play in the spring. If player safety is really your end game, this is the most dangerous of them all. Two football seasons in 9 months is asinine on every level. Only a fool would think that solution is less harmful than a virus these football programs could easily keep at bay. LIONS If I were Charles Barkley; Lions -3

Packers at Vikings
Maybe the Vikings can sign Colin Kaepernick and his new Madden rating to save the franchise if Kirk Cousins can’t get it done. Seriously, this is ridiculous. You can go through the archives here and read how I had no problem with Kaepernick kneeling during the anthem. However, I still have a problem with folks rewriting the history on Kaepernick. He was benched for Blake Bortles. He went 3-16 over his last two seasons. Kaepernick’s rapid decline from 2013 was the most prominent reason for his NFL absence. Was he blackballed? Probably. If Patrick Mahomes urinated on the flag during the anthem would he be blackballed? Not a chance. Kaepernick’s activism cost him a place in the NFL, but the fact he sucked was what actually cost him his job. So get out of here with him being ranked higher than half the NFL’s starting quarterbacks in Madden 21. P.S. I’m in on the Aaron Rodgers revenge tour. PACKERS If I were Charles Barkley; Packers +2.5

Dolphins at Patriots
Cam Newton was my favorite player outside Philadelphia for many years. It’s been sad to see injuries derail his career. I’m hopeful Bill Belichick can bring Cam back. The NFL is more fun when Cam is bulldozing linebackers (also a reason he’s hurt a lot). I think Miami’s offense will surprise people. Jordan Howard was great with the Eagles last year until he got hurt. PATRIOTS If I were Charles Barkley; Patriots -6.5

Eagles at Football Team
The Eagles are entering 2020 like they finished 2019. I wish I were referring to their 4 game win streak. No, the Eagles are walking into this season almost as wounded as they were in December. Two of their top three receivers will likely miss Sunday’s game. Their all-pro guard has been lost for the season and caused shuffling across the rest of the line that will only make Carson Wentz’s life more difficult. The team’s biggest offseason acquisition hasn’t practiced in pads yet. The Eagles were one of the few that expected 2020 to be better than 2019, but as we’ve witnessed over the past 9 months, 2020 is undefeated when it comes to suffering. EAGLES If I were Charles Barkley; Eagles -6

Raiders at Panthers
At first, I didn’t understand the Teddy Bridgewater signing. Joe Brady likes to throw the football and Bridgewater doesn’t throw downfield. Then it was brought to my attention that Christian McCaffrey led the league in yards after the catch and DJ Moore is lethal in open space. I’m still dubious about the signing but it makes a little more sense now. Good luck, Carolina. I truly hope Matt Rhule isn’t Chip Kelly 2.0. RAIDERS If I were Charles Barkley; Raiders -3

Colts at Jaguars
The Jaguars are tanking and everyone has forgotten about the Colts. Two seasons ago Indianapolis finished 10-6. A year ago, the Colts had their franchise QB retire a week before the opener and were still in the playoff hunt late in December. Philip Rivers isn’t a QB savior, but he’ll give the Colts a downfield attack they lacked last season. COLTS If I were Charles Barkley; Colts -8

Browns at Ravens
The AFC North will be my favorite division of 2020 until further notice. The Ravens must atone for an embarrassing collapse in the 2019 postseason. I’m of the belief NFL defenses will slow Lamar Jackson a bit this year. Baltimore also added another bruising back to their backfield in JK Dobbins. Excited to see if they can still rush for 200 yards a game. Cleveland was 2019’s darling until the clock struck midnight (in September) and they turned into a pumpkin. Will flying under the radar for the past 9 months give them the focus they lacked a season ago? The talent is still all there. Nick Chubb was criminally underused in 2019. I doubt Kevin Stefanski makes the same mistake. If Baker Mayfield can be better than really bad, I think the Browns can win 10 games despite being in the AFC’s best division. BROWNS If I were Charles Barkley; Browns +7.5

Chargers at Bengals
Speaking of the AFC North, the Bengals won’t make the playoffs but they’ll be better than anyone thinks. They lost 7 games in 2019 by one score or less. That was without a viable quarterback. Add Joe Burrow and throw AJ Green back into the mix and that offense should finish among the league’s top 12. Speaking of one score losses, the Chargers had 9. 2-9 in one score games is hard to do. You’d think luck would balance that out a bit more. I was pretty high on the Chargers until the Derwin James injury. I still think they have a very 2017 Buffalo Bills vibe to them. BENGALS If I were Charles Barkley; Bengals +3

Buccaneers at Saints
Can’t remember the last time the Buccaneers headlined the late afternoon slate but my guess would be it was in the Gruden days. I’m ready for the Tom Brady experiment in Tampa, despite having no clue how it will go. My only hope is he can still throw the football downfield, something he hasn’t done with great regularity or success since… I can’t even remember. SAINTS If I were Charles Barkley; Saints -3.5

Cardinals at 49ers
Everyone says the NFC West is the deepest division heading into the season. While I don’t completely disagree, I do think it’s a little overrated. I’m not convinced they’ll send three teams to the postseason. I think San Francisco and Los Angeles will have great defenses but I don’t trust their quarterbacks. Jared Goff threw the most interceptions of his career a season ago and paired that with his lowest touchdown output as well. Jimmy Garoppolo doesn’t do it for me either. His stats were pretty good in 2019 until you stare at them for a minute. 26% of his yardage output and 41% of his touchdown passes were produced in three games against two of the NFL’s worst four defenses; Cincinnati and Arizona (2x). If my math is correct, he threw 16 touchdowns and 10 interceptions against teams that weren’t awful. Not great. I know, I know; a season is a season, it’s unfair to cherry pick stats. That’s fine. I did it anyway. 49ers If I were Charles Barkley; Cardinals +7

Cowboys at Rams
I’d like to plead with ESPN for a moment. ESPN, please don’t ignore sports because you don’t have their broadcast rights, or even limited broadcast rights. I miss extensive baseball highlights on Sportscenter. Even more, it’s embarrassing how the network has ignored the NHL with the occasional Barry Melrose segment as the lone exception. The NHL just double bubbled better than the NBA. Not a peep from ESPN or its endless lineup of talking heads. The NHL playoffs have been more suspenseful and dramatic than the NBA’s postseason. Yet ESPN keeps talking about the Raptors losing by 20 in Game 5. We get it; you have NBA broadcast rights. But the NBA game is a mess right now. Referees get in the way, challenges slow the game down, and everything is a three or layup. I’m bored. Show sports fans you actually care about sports, or at the very least, remove, “The Worldwide Leader in Sports” as the company slogan. RAMS If I were Charles Barkley; Rams +3

Steelers at Giants
Pittsburgh is my favorite bounce back team for 2020. I know “bounce back” and “38 year-old QB” don’t jive well together but here we are. STEELERS If I were Charles Barkley; Steelers -6

Titans at Broncos
I don’t know much about Drew Lock. If the early returns from training camp are reasonably accurate, then consider me excited to see what the Bronco offense will be this fall. I only hope they don’t lock Philip Lindsay out of the offense with the addition of Melvin Gordon. BRONCOS If I were Charles Barkley; Broncos +2.5