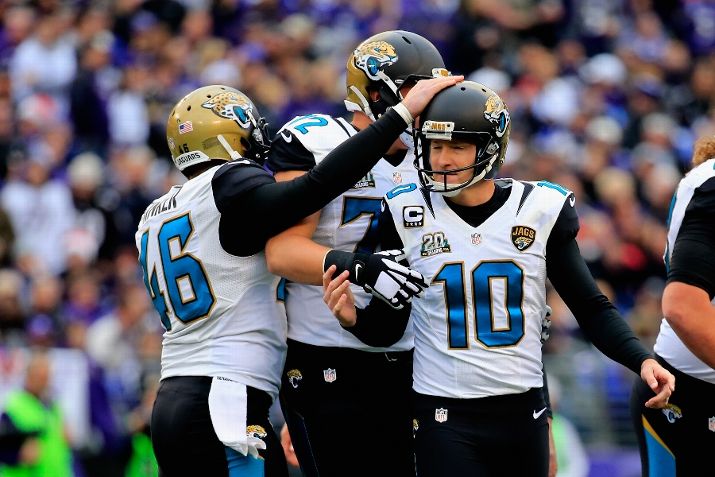 The NFL’s Thursday Night series closes the 2014 season with a thud. Hide your eyes. (Photo by Rob Carr/Getty Images)

Titans at Jaguars (At one point this incorrectly said Titans at Rams. Whoops. My bad.)
Essentially, the Titans and Jaguars are fighting (or not fighting?) to remain in contention for the top pick in the 2015 draft. In my opinion, the top pick isn’t quite as enticing to Jacksonville as it is to Tennessee. The Jaguars already have their quarterback. Tanking to get the top pick as a trade asset is a reasonable idea, but the Jaguars have battled all season. I don’t see them stopping now. I’m taking the Jaguars to suck less. JAGUARS If I were Charles Barkley; Jaguars -3.5