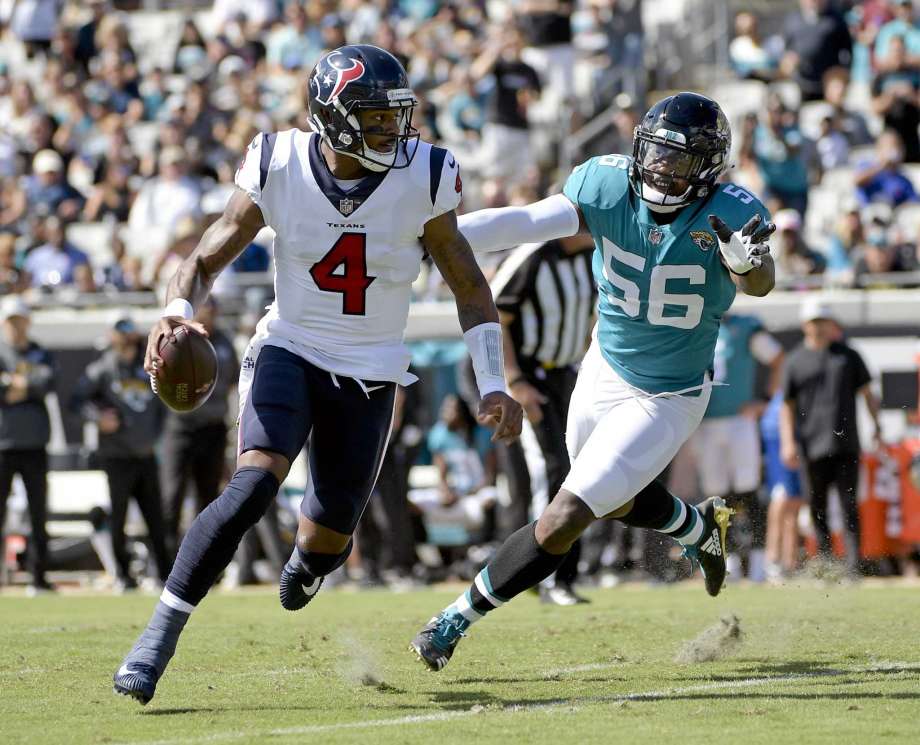 In his first game back from a 2017 ACL injury, Deshaun Watson struggled. He completed only 50% of his passes and finished with 176 passing yards to go along with a touchdown and an interception. In the next four games following that Week 1 loss to New England, Watson averaged 361 passing yards per game and completed 68% of his attempts. Unfortunately, the last of those four games nearly killed Watson. Ok, not literally, but maybe a little closer than you’d think. Watson can’t even fly to Thursday’s game in Miami because his chest and lungs are too messed up from the beating he took from Dallas in Week 5.

In the two games since that beating, Watson has thrown the ball a total of 49 times. He attempted 40 or more passes in EACH of the previous three games. Two weeks ago he threw for 177 yards. Last week he threw for 139. Math tells me that’s a total of 316. His lowest output in the four games prior was 310. The Texans offense has struggled mightily, too. Houston hasn’t surpassed 272 yards of total offense in either of their last two wins. They totaled at least 425 total yards in the four games prior. Bill O’Brien has been forced to scale back his offense to protect his ailing QB, and it’s not like Houston’s ground game is anything special. While they rank around the middle of the pack in rushing yards per game, the Texans rank 27th in average yards per carry at just 3.9. As you may have guessed, Watson was also a big part of Houston’s running game. He averaged 40 yards per game before his injuries and less than 10 since.

To recap, Watson is playing hurt… really hurt, and the offense is struggling as a result. Despite four straight wins, the Texans over the last two weeks haven’t been the same Texans from the two weeks prior to that. The Houston defense has done most of the heavy lifting to keep the winning streak going and they’ll have to do even more to get that fifth win Thursday night.

Here’s something else to keep in mind: Miami will be the first team Houston plays this season with a winning a record at the time of their meeting. DOLPHINS If I were Charles Barkley; Dolphins +7.5