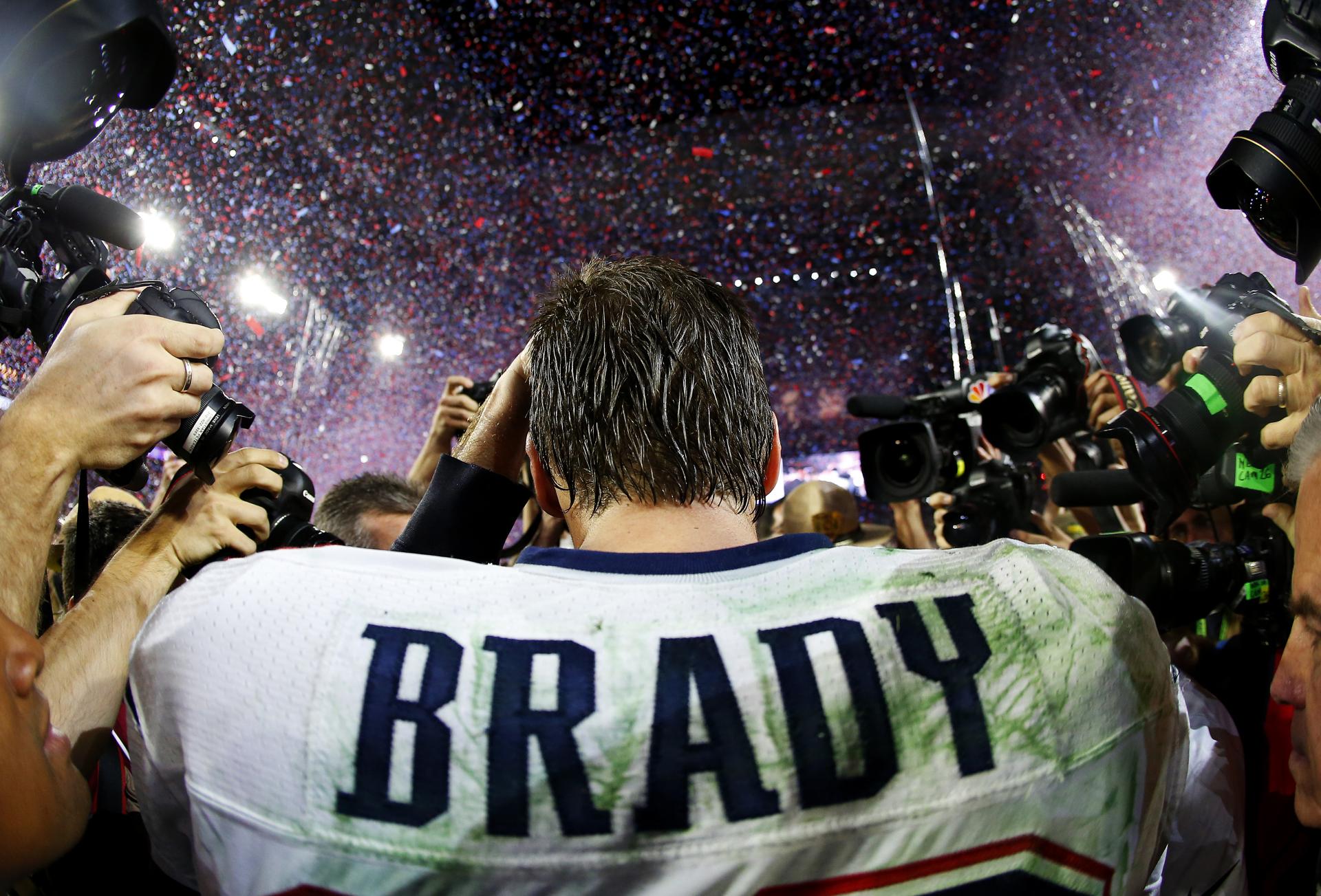 Football season is back, and, despite Roger Goodell’s best efforts, so is Tom Brady. (Photo by Getty Images)

Let’s cut to the chase. It’s Week 1. No one really knows enough to make a thorough, informed pick. Everyone’s opinion is formed from training camp performances, preseason games, and info from those “in the know.” Here’s what we know. Le’Veon Bell and Martavis Bryant are suspended. The Steeler defense is awful. Ben Roethlisberger and the offense struggled mightily without Bell in last year’s playoff loss to the Ravens. The Patriots are home and angry at the world. Last time the NFL publicly shamed and punished the Patriots, Tom Brady and Bill Belichick won their next 17 games by a total of 4 billion points. My only wish for tonight is that the game operations guy flashes a picture of Roger Goodell on the stadium big screen. He’ll likely get punished or even fired because I’m sure the NFL has ordered the Patriots to avoid any crowd rallying in regards to Goodell, but man would it be a good time for all involved. PATRIOTS If I were Charles Barkley; Patriots -7

Before we depart, allow me to vent about two things that drive me crazy.

1. Why didn’t the players union take away Roger Goodell’s punitive powers in the last labor negotiations? This is pretty simple and I have yet to hear anyone deliver the answer: The players don’t care that much.

Obviously, the NFL isn’t simply going to surrender Goodell’s punitive power because the NFL Players Association made a request. For the league to even consider forfeiting that power the NFLPA must at the very least threaten to miss games. What percentage of NFL players do you think foresee themselves in a situation where they’re at the mercy of Goodell’s punishment? Less than 10%? Maybe even 5%? Why on earth would the NFLPA surrender paychecks to fight for something that won’t impact 90% of its union? Think my numbers are off? Ok fine. You think you can convince 80% or even 75% of law-abiding NFL players to lose a game check or more so their criminal brethren don’t fall victim to Goodell’s excessive punishments? I think not. The price tag for Goodell surrendering that power is too high and the impact on the majority of the NFLPA too low.

2. The Patriots are dirty, rotten cheaters and all their success is tainted. Personally, I hold no ill will toward the Patriots for their… uh… “misdeeds.” As an Eagles fan, everything I saw from the Eagles in their Super Bowl loss to the Patriots I had seen before. The Eagles lost because they did Eagles things, not because the Patriots cheated. I don’t endorse cheating, but I find it somewhat questionable that all the cheating allegations have come from teams beaten by the Patriots in big games. I haven’t heard anything from the Giants. The Steelers aren’t crying foul. I’m not arguing New England is innocent. They test the boundaries of fair and foul more than any team in the NFL, but to write off all their success as a result of cheating is overreaching.