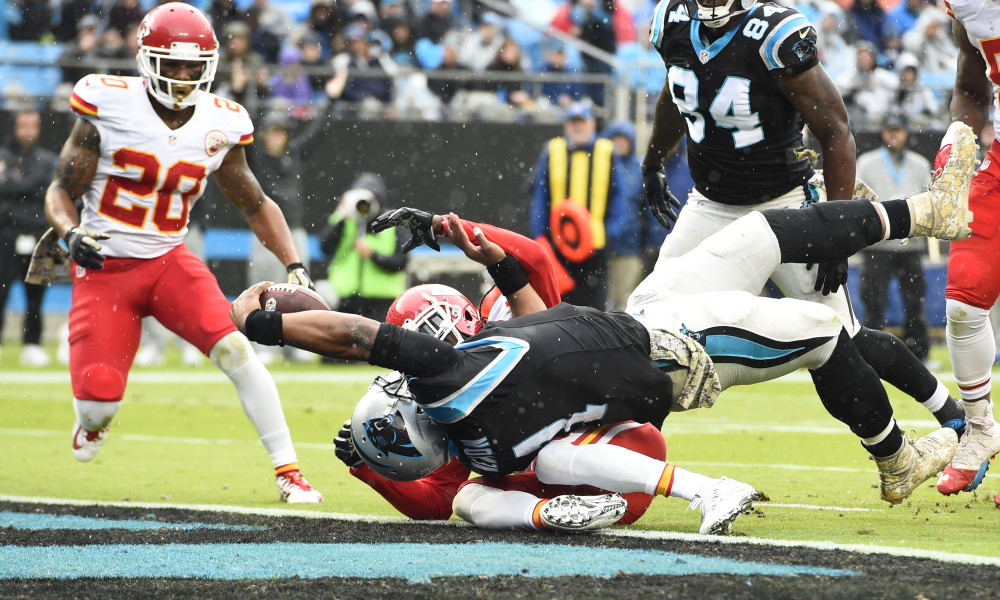 No one could have predicted the Panthers season being flipped upside down. Not even the 2015 MVP. (Photo by USA Today)

It’s been a Jekyll and Hyde season for the defending NFC champs. There have been flashes of the team that went 15-1 a season ago.

Flashes don’t get you back to the Super Bowl. Flashes won’t even get you back into the postseason. Though it’s still too early to completely write off the Panthers, there’s no doubt they’ll look back and see inconsistency as the main reason for their demise, a demise that revealed itself in Week 1.

Carolina’s loss to the Denver Broncos on opening night was a microcosm of the Panther’s season. They dominated at times and built a two score 2nd half lead before turnovers, bogged-down offense and a shaky defense combined for a head-scratching defeat. It’s a formula that has since repeated itself three times.

Against Minnesota in Week 3, the Panthers jumped all over the Vikings before a safety and Vikings punt return for a touchdown stole Carolina’s swagger. The Panthers went scoreless over the last 50 minutes, missed a field goal, and Newton threw three interceptions.

Two weeks later, with their “season on the line” at home on Monday Night Football, the Panthers offense struggled mightily, trailing 6-0 at the half. Carolina then went up 14-6 after two consecutive touchdown drives in the 3rd quarter. The switch was flipped. The Panthers were back on track. Nope. Their last four possessions went 3-and-out, fumble, interception, 3-and-out. The offense wasn’t alone in its collapse. A defense that limited the Buccaneers offense to one drive of 50+ yards in the first 35 minutes, surrendered three drives of at least 50 yards the rest of the way, including two in the final five minutes.

Last week was much of the same for the disappointing Panthers. Newton and the offense went 80+ yards on back-to-back drives before the half to take a commanding 17-0 lead against a Chiefs team that isn’t built to overcome large deficits. It didn’t matter. The Panthers offense did the work for them. Newton threw a horrific pick-six and Kelvin Benjamin fumbled inside his own 35 in the final seconds that gave the Chiefs the game winning field goal.

Things have clicked for the Panthers at various times throughout the season, but something always malfunctions. If the defense is stout, the offense is stuck in mud. When the offense is cruising, Julio Jones or Drew Brees is roasting the defense. No lead is safe for Carolina. Aside from the four blown leads listed above, Carolina did its best to surrender leads of 31-10 and 30-3 to the 49ers and Cardinals, respectively. Even the lowly Rams made the Panthers sweat after cutting Carolina’s 10 point cushion down to 3 in the final minute.

Though their season isn’t over, the Panthers look defeated. It only takes a few hits before Newton’s energy level sags and his mechanics break down. Even if Newton were in top form, the rest of the team rotates playing well, making sure no unit is excelling at the same time for more than a few minutes. It’s been a season of small peaks and devastating valleys. It’s Week 1 on repeat. SAINTS If I were Charles Barkley; Saints +3.5