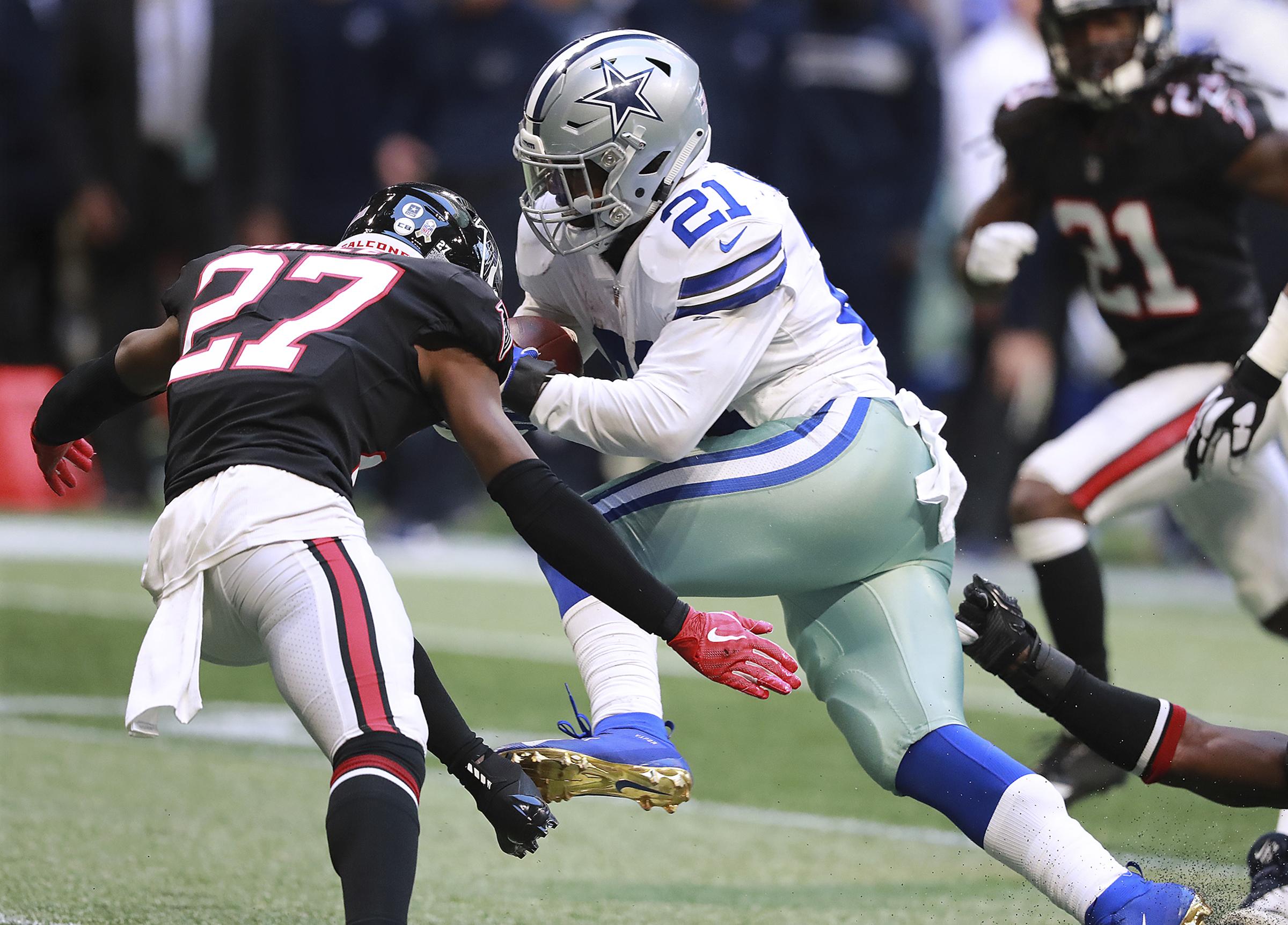 The Cowboys are rolling and only Colt McCoy stands between them and the top of the NFC East. Also, I apologize to the Chicago Bears. (Photo by Curtis Compton/Atlanta Journal-Constitution via AP)

Bears at Lions
A few weeks ago I said the Vikings would supplant the Bears atop the NFC North by now. Last week I called Mitch Trubisky and the Bears frauds. To no one’s surprise, I was wrong. Well, mostly wrong. Trubisky is still a lousy quarterback being protected by a sophisticated offense, but I digress. The Bears are good. They are perhaps the only game-changing defense in the league this season. The offense puts up points without an accurate quarterback or a dominant ground game. They’ve been the best team in the NFC North through 11 weeks, and if not for a Week 1 collapse against the Packers, Chicago would be in the same exact position they are right now. (Sorry, that point fizzled out after I researched it and I’m living my life moving forward, not backward, so editing wasn’t an option.) Despite all that praise, I cannot wait to bet against the Bears (Mitchell Trubisky) on Wildcard weekend. BEARS If I were Charles Barkley; Bears -3

Redskins at Cowboys
Jason Garrett isn’t the brightest coach. In fact, I’d argue he’s one of the worst five coaches in the league. There’s no simpler way to prove this than with Ezekiel Elliott’s usage throughout this season. In Dallas’ five victories, Elliott averages 26.2 touches per game. In their five losses, he averages 20.4. If you ignore Dallas’ overtime statistics in their Week 5 loss to Houston, Elliott’s touches drop to 19.5 in losses. Dak Prescott has improved slightly in recent weeks, but the real reason for Dallas’ mini-run is Garrett remembering he has one of the league’s best players in his backfield. As Zeke goes, so go the Cowboys. As for the game, even without Alex Smith, I like Washington’s chances to steal a win. While I don’t think they’ll do it, I do think people underestimate how Smith’s conservativeness cripples an offense at times. Washington should test Dallas’ impressive defense more aggressively with Colt McCoy than they would with Smith. COWBOYS If I were Charles Barkley; Redskins +7

Falcons at Saints
This should be it for the Falcons but the NFC Wildcard race gets more jumbled every week instead of clearer. Even a loss to the Saints on Thanksgiving wouldn’t end Atlanta’s season. Losing two in a row to Cleveland and Dallas was obviously devastating. There are a number of reasons they lost both games. However, take a closer look at Matt Ryan in those games and I think you’ll find the biggest culprit. Ryan was afraid to throw downfield against the Browns. In Dallas last week, he missed a number of big plays and couldn’t get the offense in rhythm until the 2nd half. His interception early in the 4th also robbed Atlanta of taking their first lead of the game and perhaps manipulating Garrett into leaning heavily on Prescott. At a presumed 4-7, it’d be premature to declare the Falcons dead in the NFC, though digging up their burial site wouldn’t be the worst idea either. SAINTS If I were Charles Barkley; Falcons +13.5