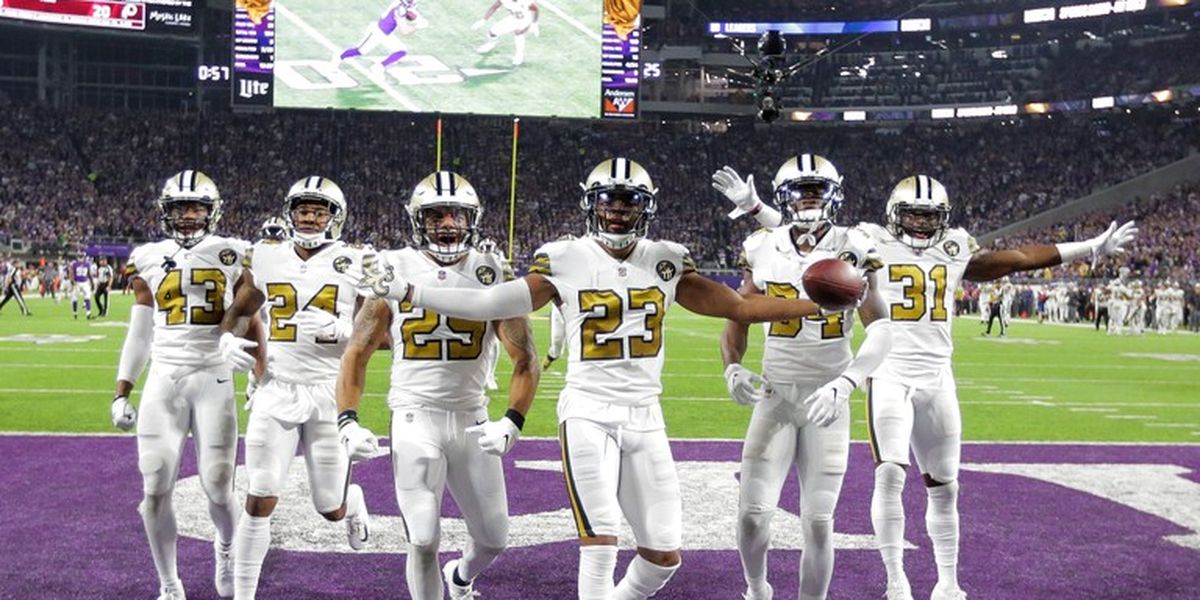 The Colts are rolling but have yet to face anything like what awaits them in Kansas City. Also, the Eagles must overcome their 4th quarter woes to have a chance in New Orleans.

(6) Colts at (1) Chiefs
Comparing schedules is a lot of fun and mostly worthless. I love worthless tasks, so let’s get to it… There’s been a lot love coming the Colts way of late. Winning 10 of 11 will get that kind of attention. Who cares if only three of those wins came against playoff teams. The Colts have proven themselves as legitimate contenders in an AFC playoff field that is completely up for grabs. You know whose resume is weaker than expected? The Chiefs.

Kansas City only lost four times this season. If one were to look closer, though, they’d see the Chiefs are only 2-4 against playoff teams. Such is life when you own one of the NFL’s worst defenses. Ten spots stand between Kansas City’s defense and the next closest playoff team (Rams) in points allowed. In total yards, there are seven spots between them and an Eagles defense that found three quarters of its secondary outside of Wawa. The Chiefs also surrender the most 1st downs per game in the NFL, nearly three more than the league’s second worst team. There’s just not a lot of room for error for Patrick Mahomes and that offense, if any at all.

There’s hope in Patrick Mahomes. Mahomes was not a part of the aforementioned January struggles. While Kansas City did not surpass 21 points in their last three playoff losses, it’s hard to imagine history repeating itself Saturday. The Chiefs lowest output this season was 26 and they scored 30 or more in 12 games. I know it’s the playoffs and offenses slow down, but Mahomes, Travis Kelce and Tyreek Hill are too good, and there’s no Alex Smith to scuttle their efforts this time.

Back to the schedule thing… the Colts haven’t really played an offense anywhere near Kansas City’s caliber. Outside of their loss to the Patriots, nothing on Indianapolis’ schedule even comes close. Of their 16 games, the Colts opponent in eight of them finished ranked between 26th and 31st in points per game. Even worse, 9 of Indianapolis’ opponents finished between 25th and 31st in yards per game. The Colts faced an offense in the top half of the NFL in points or yards only three times this season and only one opponent (New England) ranked among the top ten in either stat. If you look at their loss to the Patriots or Texans (with Will Fuller), you’ll find the Colts surrendered 37 and 38 points, respectively, allowed over 425 yards of offense, and Tom Brady and Deshaun Watson both threw for more than 340 yards. Kansas City’s offense AVERAGED 35 points per game, and Mahomes AVERAGED 320 yards passing.

It’s understandable why the Colts are generating so much upset buzz, but the truth is there’s no proof they can stop Kansas City’s offense any more than Kansas City can stop theirs. Besides, Andy Reid is due. CHIEFS If I were Charles Barkley; Chiefs -5

The Cowboys biggest issue is their coach is a dope and their quarterback is as erratic as they come. On the other hand, Dak Prescott has proven himself a gamer, especially in his brief postseason career. While he missed a handful of throws against Seattle, he also made several big plays and redeemed himself for a bad 4th quarter interception with a game-breaking 17 yard run on 3rd and 16. Remember, Prescott also went toe-to-toe with Aaron Rodgers two years ago before Rodgers miraculously hit Jared Cook to set up the winning field goal. Prescott isn’t great, he may not even be good, but he can elevate in small batches.

If the Cowboys lose, it’ll boil down to Jason Garrett relying too heavily on Prescott while ignoring Ezekiel Elliott and the run game. Even in last week’s victory over Seattle I thought Garrett didn’t run the ball enough. Elliott is probably the NFL’s best runner and Garrett refused to run on 2nd down. It often forced Dallas into 3rd and longs. In my opinion, if Seattle’s coaching staff didn’t neuter Russell Wilson and the offense, the Cowboys would have found themselves in trouble. Dallas was 4/11 on 3rd down and struggled to find any offensive rhythm until late in the 3rd quarter.

On the flip side, the Rams defense hasn’t been anywhere near as good as advertised back in September. While they’ve held opponents to fewer than 27 points in half their games this season, those eight teams aren’t exactly… explosive. Only two of those eight ranked among the league’s top 16 offenses, though neither were among the top 12. No, the Rams aren’t perfect, and they’re not the offensive juggernaut we thought they were in October either, but their offense is significantly more potent than Seattle’s.

On that note, here’s an unpopular take: Dallas’ defense is a bit overrated. You can throw on them. They’re middle of the pack in sacks and sack percentage. They rank 23rd in 3rd down conversion percentage and finished 27th in interceptions. Conversely, the Rams offense ranks among the top ten in nearly every passing category, including 3rd down conversions, passing touchdowns, yards, and perhaps most importantly, pass protection. Jared Goff has been hit or miss down the stretch, but like most quarterbacks, when given time, he’s able to move the ball and score points.

Essentially, Dallas has to control the ball to win. Though the Cowboys certainly have all the tools to accomplish that task, trusting Garrett to see it through is a bridge too far for me. He’s the biggest weakness to what is otherwise a really solid team. RAMS If I were Charles Barkley; Rams -7

(5) Chargers at (2) Patriots
It’s shocking to say, but the Patriots are the worst of the remaining eight playoff teams. I know it’s foolish to doubt Tom Brady and Bill Belichick. I know they’re the most successful postseason duo in NFL history. I also know that team stinks. The offense has been a mess since the beginning of November and it’s been pretty clear Brady’s options at receiver are his worst since the Reche Caldwell days. Of course, Rob Gronkowski playing at 65% of what he once was certainly doesn’t help. If there’s a path to New England advancing against a superior opponent it starts with Belichick having two weeks to prepare his defense. It’s not like New England hasn’t elevated its play at times this season. They’ve proven themselves capable of beating good teams. New England finished 4-0 against playoff teams and 7-5 against everyone else. However, all of those four victories came before Halloween.

This is the Chargers game to lose, and losing gets a lot easier if Melvin Gordon is limited by injury. With a healthy Gordon, the Chargers can attack New England’s greatest weakness all afternoon. Their linebackers are slow and terrible in pass coverage. Gordon was one of the league’s premier backs out of the backfield before his injury late in the season. He didn’t look explosive last week against Baltimore. Whether that was a product of his injury or Baltimore’s great defense remains to be seen, but I’d lean toward the injury. If Gordon can’t be the workhouse, the Chargers hopes will fall on Philip Rivers’ shoulders.

I thought Rivers was great last week in that he didn’t try to do too much against a great defense. He never got greedy. While he’ll have more opportunities for big plays this week, he must maintain the same outlook because New England’s secondary is really good and the obvious strength of that defense. Turnovers are Los Angeles’ recipe for disaster. The Charger defense is built to run with offenses like New England’s. Given the talent discrepancy, Rivers getting loose with the ball is the Patriot’s best option. I feel so confident in the Chargers winning but feel so scared to pick against Brady and Belichick. CHARGERS If I were Charles Barkley; Chargers +4

(6) Eagles at (1) Saints
Nothing would shock me more than the Eagles losing by 41 points again. It took most of the season, but the Eagles have finally found some stability on the back end with Avonte Maddox and Cre’von LeBlanc. Unfortunately, stability doesn’t equate to dominance. The Eagles are still vulnerable in the secondary. As they’ve done all season, they missed on several turnover opportunities last week and let their aggressiveness work to the opponent’s advantage. Maddox looked like Jalen Mills in the 2nd half against Chicago, biting on every double move to disastrous results. It’s a miracle Malcolm Jenkins hasn’t lost his mind this year.

Given the condition of the secondary, what lead would feel safe Sunday in New Orleans? 17? No, already blew that one twice. 20? Probably not against Drew Brees and that offense. 24? Maybe. If you think I’m crazy, take a look at the offensive numbers against the Eagles over their last four 4th quarters (Washington game excluded because, you know, Josh Johnson doesn’t count).

For you non-math people out there, if the Eagles played the first three quarters like they do the 4th, they’d surrender 777 yards and 53 points per game. Not great.

So what happens in fourth quarters that cause the defense to implode? I don’t know for sure, but I have two guesses. 1. The defensive line is toast at that point. It’s no secret this defense goes as far as the front line takes them. If they’re wreaking havoc and getting pressure, everything else falls into place. Unfortunately, the loss of Derek Barnett and the disastrous season for Tim Jernigan have hurt the depth of the unit. There’s just not enough juice left come crunch time. 2. Malcolm Jenkins is the only starter on the back end. He’s the only guy back there that was back there during last season’s playoff run. (Corey Graham was on the team but not on the field nearly this much). In chaotic moments, players draw on experience and trust. This unit has been together for less than two months. It’s fair to say that (and the results demonstrate as much) no one really knows what to do or what the other guys are going to do. Experience as a unit matters more in the secondary than any other unit with perhaps the offensive line as the only exception.

Can the Eagles win? Sure. Doug Pederson must take the same approach he took into the Super Bowl. He has to play loose and create advantages. Punting shouldn’t be an option once near midfield assuming reasonable down and distance. The offense must add packages the Saints aren’t expecting. More Dallas Goedert comes to mind. Maybe Mike Wallace plays and gives the Eagles the deep threat they’ve painfully missed all season long. Penalties must be kept to a minimum, and the team, especially the defense, must capitalize on opportunities for big plays.

Nick Foles and the offense should be able to move the ball and score points, but without an effective running game and a workhorse back, they won’t be able to control the game. They’ll require a heroic effort from the defense. The defense is capable of such an effort for most of the game, but history doesn’t lie, and their history in the 4th quarter has been a slaughter. SAINTS If I were Charles Barkley; Eagles +9