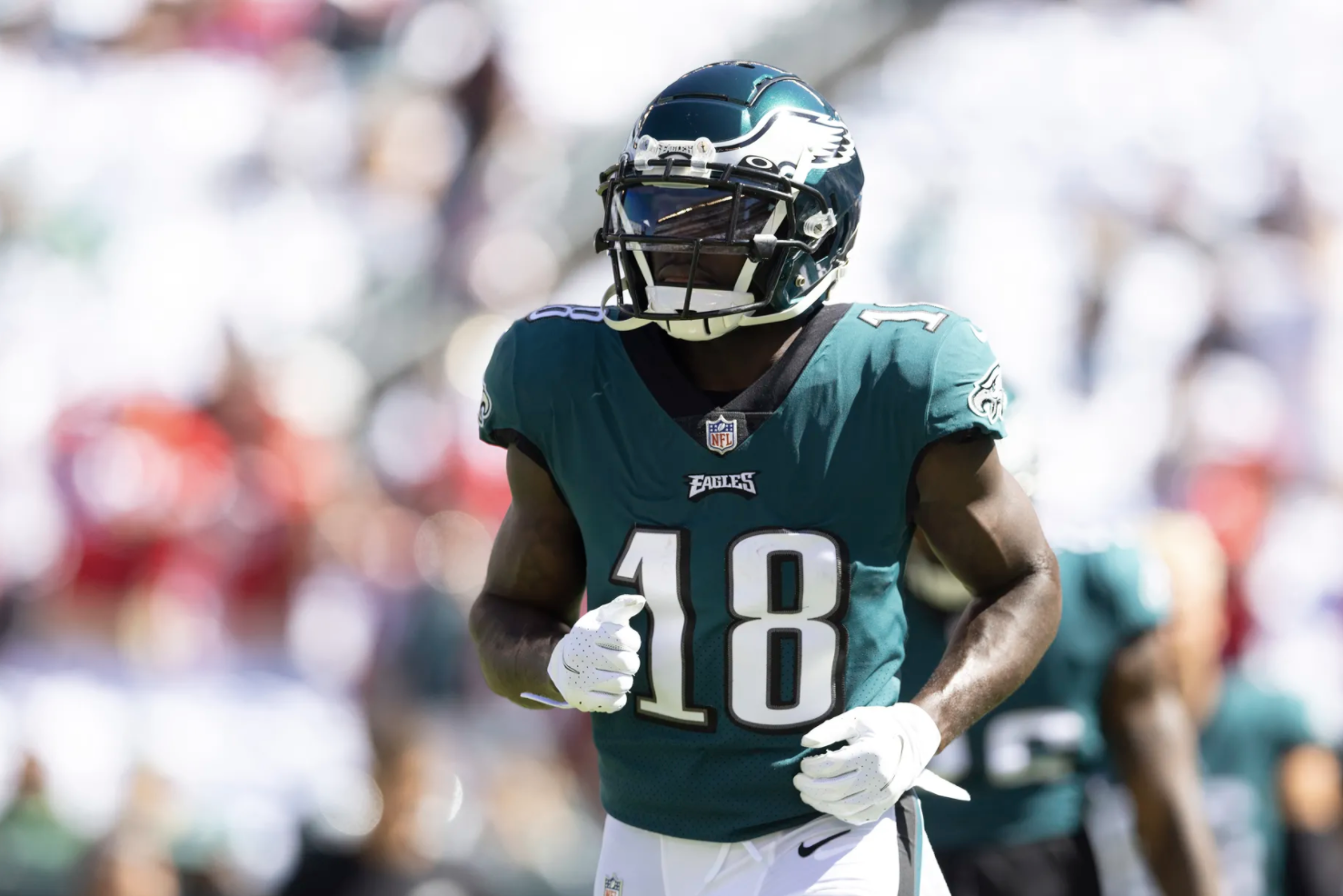 It’s been a rough season for the Philadelphia faithful. Here’s why. (Photo by Mitchell Leff/Getty Images)

The defense, most notably the defensive line, has been a dumpster fire. The strength of this defense was supposed to be the line. Instead, they rank 25th in sack percentage, 26th in sacks, and dead last in opponent completion percentage. Against the Chargers last week, the Eagles put up zeros across the board in sacks, hurries, takeaways and forcing a single punt. What’s worse, an opposing offense completed 80% of their passing attempts for the 5th time this season. FIFTH in nine games, for those keeping track at home. I know Brandon Graham was lost for the year in September, but what are Fletcher Cox and Josh Sweat doing to earn their combined $30 million? Only Javon Hargrave has been good this season and even he’s gone quiet in recent weeks. If the line can’t generate pressure, the season is 100% over (if it isn’t already). Jonathan Gannon can’t design or call blitzes and the backend of the defense has proven it’s not good enough to shut down offenses on its own. Furthermore, the offense can’t score enough points to win shootouts. It’s pressure or sayonara for the Eagles at this point.

The offense is nothing special. It’s great that the Eagles have run the football more in recent weeks. It’s bolstered the offense and made Jalen Hurts’ life significantly easier. However, I’m not convinced the ground game will work so well the remainder of the season for two reasons. First, the Lions and Chargers ranked 29th and 32nd in run defense, respectively. Only three of the Eagles remaining 8 games come against run defenses not ranked among the top 11 in the league (Giants x2, Jets). Second, defenses will stack the box, forcing Hurts to find and hit open receivers. He’s still not good enough to do this with any consistency. He missed a wide-open Dallas Goedert Sunday and it wasn’t close. He missed him by eight feet.

At this point, draft hope is false hope as long as Howie Roseman is in charge. This is the biggest disappointment and most depressing aspect of the season, in my opinion. Recent draft picks have been so underwhelming that the prospect of three first round picks in 2022 is less about excitement and more about accepting Howie will whiff on those as well. Look at recent Eagle drafts (for fairness we won’t count 2021 and only go back to 2016). Name three impactful players. I’ll wait.

The best picks have probably been Miles Sanders, Jordan Mailata or Isaac Seumalo, but only Sanders was taken in the top two rounds. Dallas Goedert has been hampered by Zach Ertz’s presence so perhaps he’ll get better now that he’s the lone tight end target. But Derek Barnett, Andre Dillard and Jalen Reagor have been less than stellar. The Eagles ruined Carson Wentz. JJ Arcega-Whiteside is a practice body. Sidney Jones is gone and Jalen Hurts seems destined to be an overqualified backup but an overmatched starter. Nine picks in the first two rounds and no stars to show for those picks (asterisk on Miles Sanders. Still hope there.).

There’s very little development from most of those nine picks as well. Barnett hasn’t improved much. Dillard couldn’t beat out a 7th rounder. Reagor has 25 touches in nine games this season.

According to ESPN’s Mel Kiper, 9 of the top 13 2022 draft prospects are on the defensive side. The Eagles should just draft the best defensive prospect available with each of their three picks and tell Howie to take the night off. His efforts have nuked this franchise.

Please, Mr. Lurie, don’t let him ruin this draft for us. The Philadelphia faithful need a win.