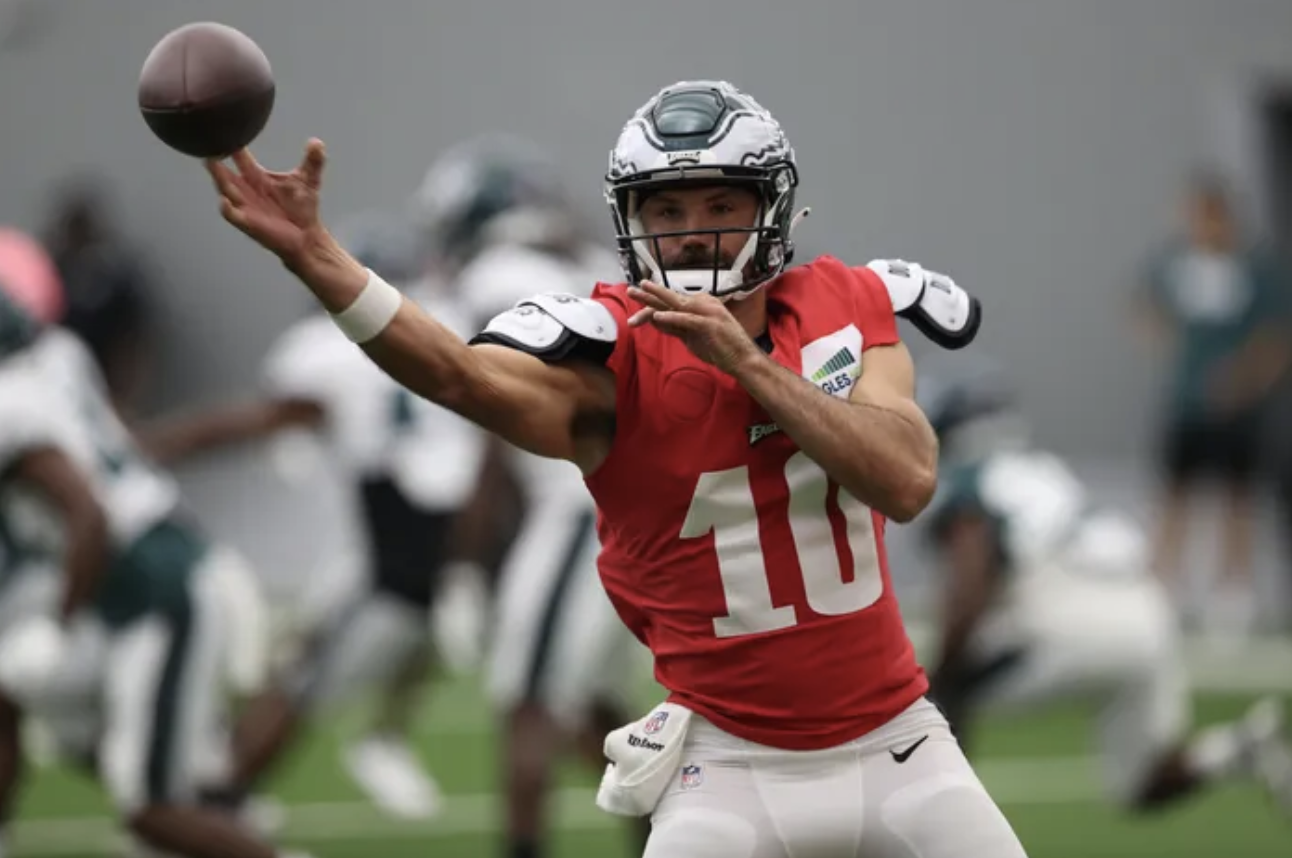 This season isn’t any fun. I know a guy that may change that. (Photo by the Philadelphia Eagles)

For those of us that watch a decent amount of college football, Hurts’ play isn’t a big surprise. Nick Saban dumped him, draft experts were hesitant due to accuracy issues, and Doug Pederson pretty much quit when the idea of Hurts being the franchise quarterback was put in place (among many other reasons, but still). Hurts is a great football player. He’s not a good quarterback, not even close.

Take a look at the Eagles offense the last two weeks. It’s been a disaster for most of the first three quarters until Hurts goes into backyard mode and starts running around. Why not do that sooner? The guy can’t read a defense. He underthrows every deep ball. He screws up the RPO 72% of the time. But he runs well. So maybe make that the offense?

My cousin said Nick Sirianni should just take a simplified version of the Ravens offense and try it for a week. Why not? The Cowboys aren’t falling back to earth anytime soon and the Wildcard spots will likely go to the Vikings and two NFC West teams, so what do the Eagles have to lose? They don’t look like a playoff team. Their offense is trash and the defense is mediocre on a good day. They don’t have a playoff-worthy side of the football. And you know what else? Running a run first offense like Baltimore’s would also feature more… you guessed it… Miles Sanders.

The most exciting and productive plays in the Eagles offense are currently ranked as follows:
1. Hurts underthrowing a deep ball so badly the defender gets called for pass interference as he runs into the receiver running 7 yards back toward the line of scrimmage for the football.
2. Any time Miles Sanders touches the football in space.

Now, here’s the catch, as I said before, Hurts is really bad in the RPO. He holds the ball when he should give it up, and he’s brutal at finding receivers before his linemen are 4 yards downfield. This offense isn’t complicated. It’s so simple almost every college runs it, and somehow Hurts sees it like a NFT exchange. I still think it’s worth a try, but at this point anything with Hurts is going to be ugly.

Finally, at what point does the front office surrender the season? Even though the Eagles look like garbage, they aren’t out of the Wildcard hunt and probably won’t be for a long time. I know I said they probably won’t make the playoffs a few paragraphs ago, but the schedule is very favorable after Week 7, so much so that the Eagles could get to 8 or 9 wins. We all know the Eagles front office has a track record of being overly optimistic (see 2018 through 2019).

Is a legitimate playoff push a good thing? I don’t know. A run of wins over bad teams that leads the Eagles to talk themselves into Hurts for another season is a disaster, in my opinion.

Maybe that’s the ideal situation. Hurts stinks again Sunday and the Eagles shift their focus to Minshew and he miraculously takes us all on a Jeff Garcia-2006 ride into the postseason.

Yup, that’s it. That’s what I want from this season.