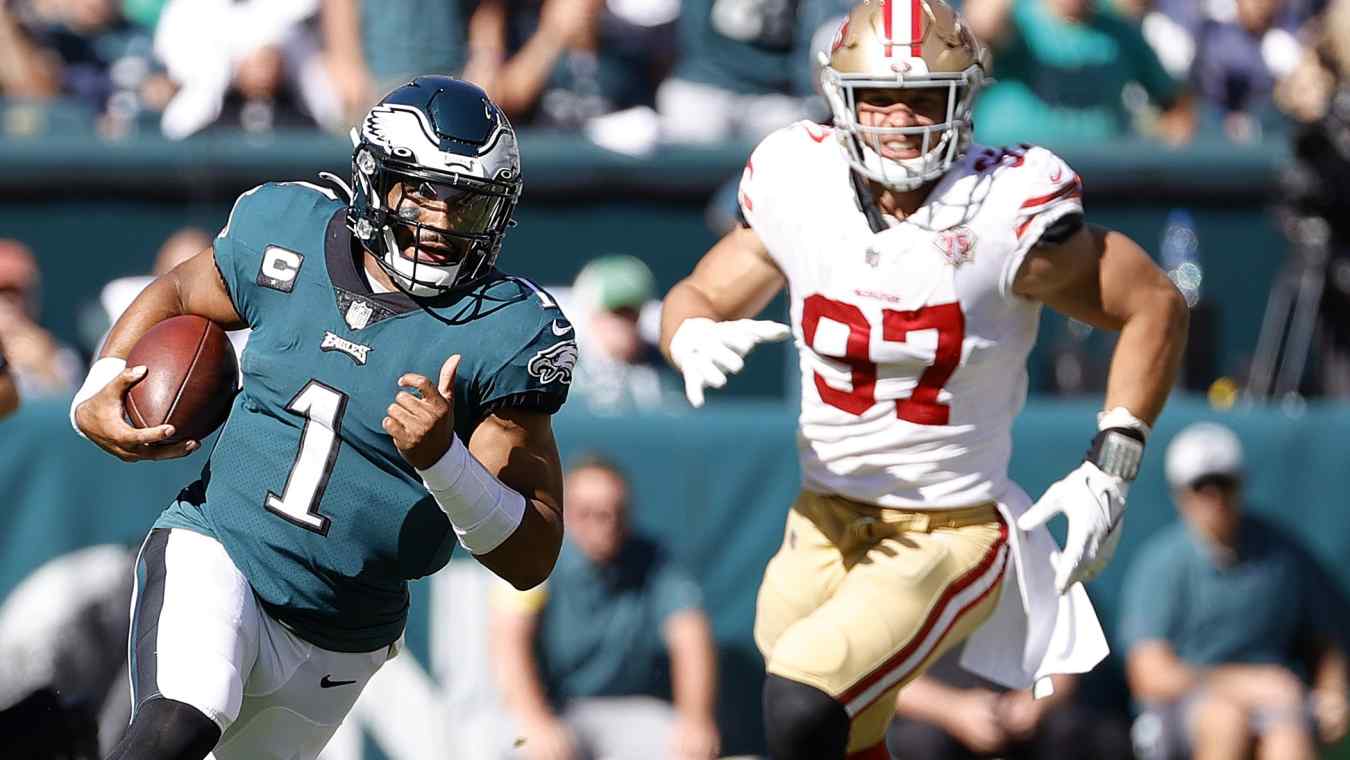 Yes, it’s only Week 3, but it’s never too early to be concerned about my beloved Eagles (Photo by Getty Images)

The Eagles suffered two huge injuries in Week 2. Brandon Brooks was placed on IR with a pectoral strain (expected to return at some point). Losing the Pro Bowl Guard will obviously hurt, but depth on the interior line is deeper than where the Eagles lost another Pro Bowler.

Brandon Graham’s injury will be tough to overcome. He’s a team leader. He’s a three down end who is as good against the run as he is at pressuring the quarterback. The loss of Graham will require both Derek Barnett and newly paid Josh Sweat to increase their production. With Sweat, he’ll need to become more disruptive while likely doubling his snap count. Barnett just needs to remember that it is okay to assault opponents between whistles but not after. It’s year four, I’m not sure if it’s going to happen for Barnett.

Anyway, the Eagles were gashed in the run game after Graham left. A relentless pass rush is worthless if you can’t stop the run because… you guessed it… the opponent doesn’t have to pass. I’m confident the Eagles can get this worked out, even without Graham. The offense poses some even bigger concerns. For example…

Why can’t we get the football to the tight ends? It’s now year four of the beloved 12 personnel. I don’t love it. In fact, I hate it. Relentlessly talking about having two good tight ends isn’t as cool as effectively using two good tight ends. There’s no All-22 film yet (well done, NFL), so I don’t really know if Zach Ertz and Dallas Goedert are open, but Goedert is a big target. Get him involved.

Why don’t we throw over the middle of the field? Nick Sirianni admitted this was by design. [Insert fire evacuation scene from The Office.] This… this is not good. If you start putting all the pieces of the puzzle together you start to realize Jalen Hurts may not be long for Philadelphia. Yes, it’s only been two weeks. However, the Sirianni regime never emphatically backed Hurts as the starting quarterback. They certainly have never referred to him as the future franchise quarterback. They also brought in another young gunslinger (albeit at great value). And now they’ve admitted to eliminating a large portion of the field on purpose. Those are a lot of flags. There’s still plenty of time in the season for Hurts to eliminate such concerns but… yikes.

13 carries is not enough for Miles Sanders. He’s still our best offensive player. Has been for three seasons now. GIVE HIM THE FOOTBALL!

Let’s not roll out inside the 5. Hey, we’re already squeezed by the end zone, so let’s eliminate half the field, too. That’ll really put the defense in a tough spot! Just stop doing it unless it’s a naked bootleg. You have a mobile, athletic quarterback. Rolling him out not only limits his area to make plays but time also. Don’t put baby in a corner.

Can we get DeVonta Smith the ball, please? Again, no All-22 this week so I don’t know if he was open or what was going on there, but Smith needs the football. I find it hard to believe with his elite route running that he wasn’t open a handful of times Sunday and didn’t get the football. What’s worse, the San Francisco secondary was supposed to be a huge weakness for the 49ers. Outside of Quez Watkins’ 91 yard reception, Eagle receivers combined for 5 receptions and 47 yards. Gross.

The season is young and the Eagles offense is even younger, but Sunday was a huge step backward after an exciting and promising Week 1. Here’s hoping the fireworks return Monday night in Dallas.