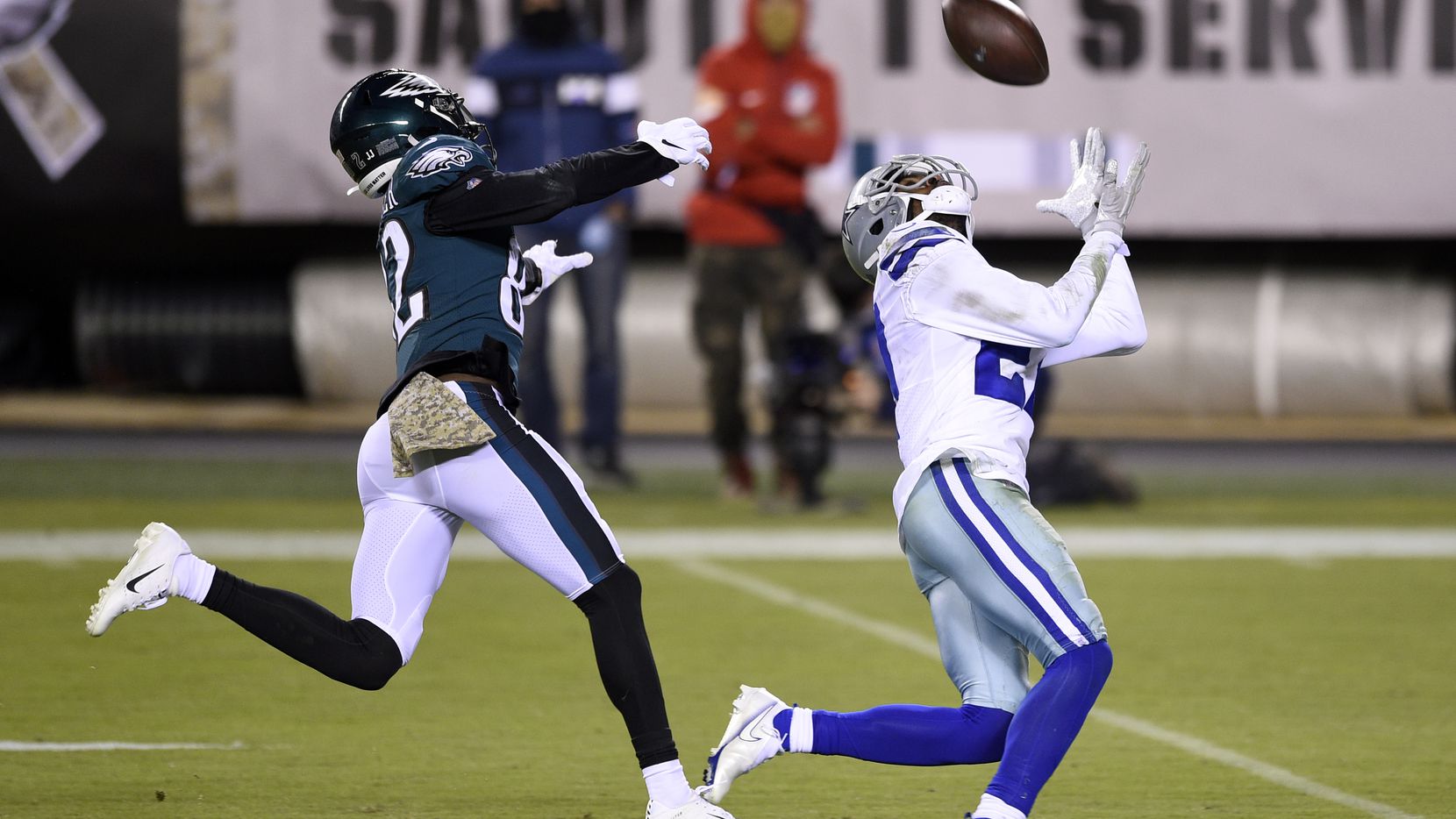 Just before the Giants game in Week 7, I asked, “Is Carson Wentz back?” After two wins against division rivals, the definitive answer to that question is… (Photo by AP Photo/Derik Hamilton)

Turnovers continue to plague Wentz at an alarming rate. He’s at 16 turnovers in 8 games. Over 50% of the quarterbacks in the NFL have yet to reach half of Carson’s 16. While there are some explanations for Wentz’s spike in turnovers, too many are the result of recklessness and inexplicable decision-making. Is it all on Wentz? No.

Two of Wentz’s interceptions over the last two weeks were a result of clear miscommunication with rookie John Hightower. Hightower and Wentz have struggled with that a lot this season. Knowing who is responsible for failed communication in a given instance is almost impossible, but it seemed clear in both scenarios that Wentz expected Hightower to continue his route downfield when Hightower cut it off. This happens at some point between almost every QB and receiver, but maybe let’s work this stuff out before Hightower goes back on the field.

Let’s also not forget Wentz is completely under siege behind a tattered offensive line. He’s ranked among the top 7 in every quarterback pressure category, including 1st in sacks, hits, and pressures. Against every elite quarterback, what is it the defense hopes to accomplish? Pressure. Hits. Hit a quarterback enough and it speeds up his clock. He gets nervous and no longer trusts his pocket or his instincts. I’m not insinuating Wentz is elite, but pressuring a quarterback will drive down production, even among the best.

Perhaps most importantly, Doug Pederson is leaving Wentz on an island. Doug knows the offensive line is bad. He knows the receiving corps has been a revolving door of guys Wentz has had limited time and repetition with. The offense has been without both starting tight ends for weeks. Why hasn’t Pederson relied more heavily on the ground game? Sunday’s win over Dallas was only the second time the Eagles approached a balanced offense all season, and I’m guessing that was only because Wentz was so bad Doug felt he had no choice. Yes, falling behind big early against Pittsburgh and Baltimore dictated a more aerial attack, as did a double digit 4th quarter deficit against the Giants, but Doug has been neutering the ground game all season.

To Pederson, the ground game is a method to clinch games, not win them. Miles Sanders has the NFL’s 2nd best yards per rush among running backs and he’s averaging less than 15 rushes a game. Depleted offensive line, young receivers, and a struggling quarterback would lead most reasonable men to run the ball. Please, Doug, use the ground game to win games, not just close them out.

While all of the aforementioned may be contributing to Wentz’s struggles, none of them excuse his play, especially the turnovers. Wentz is being paid like an elite quarterback and performing like Andy Dalton. He singlehandedly kept Dallas in a game they proved they could not win on their own. He can’t seem to understand the difference between playing hard and devastating hero ball.

After the bye week, the Eagles expect to be healthier than they’ve been all season. Miles Sanders will return. Isaac Seumalo should be close to helping a depleted line. Hopefully Lane Johnson and Jack Driscoll are ready to go. Jalen Reagor and Dallas Goedert should be a full go after easing back into the offense against Dallas. The excuses for Wentz’s poor play will dry up after the bye. If Wentz gets right, the Eagles offense should be potent enough to finish the season with 7 or 8 wins. If his struggles continue, they’ll miss the playoffs and the blame will fall squarely on his shoulders. It’s time to put up or shut up for Wentz, because this version of Wentz isn’t worth $128 million.