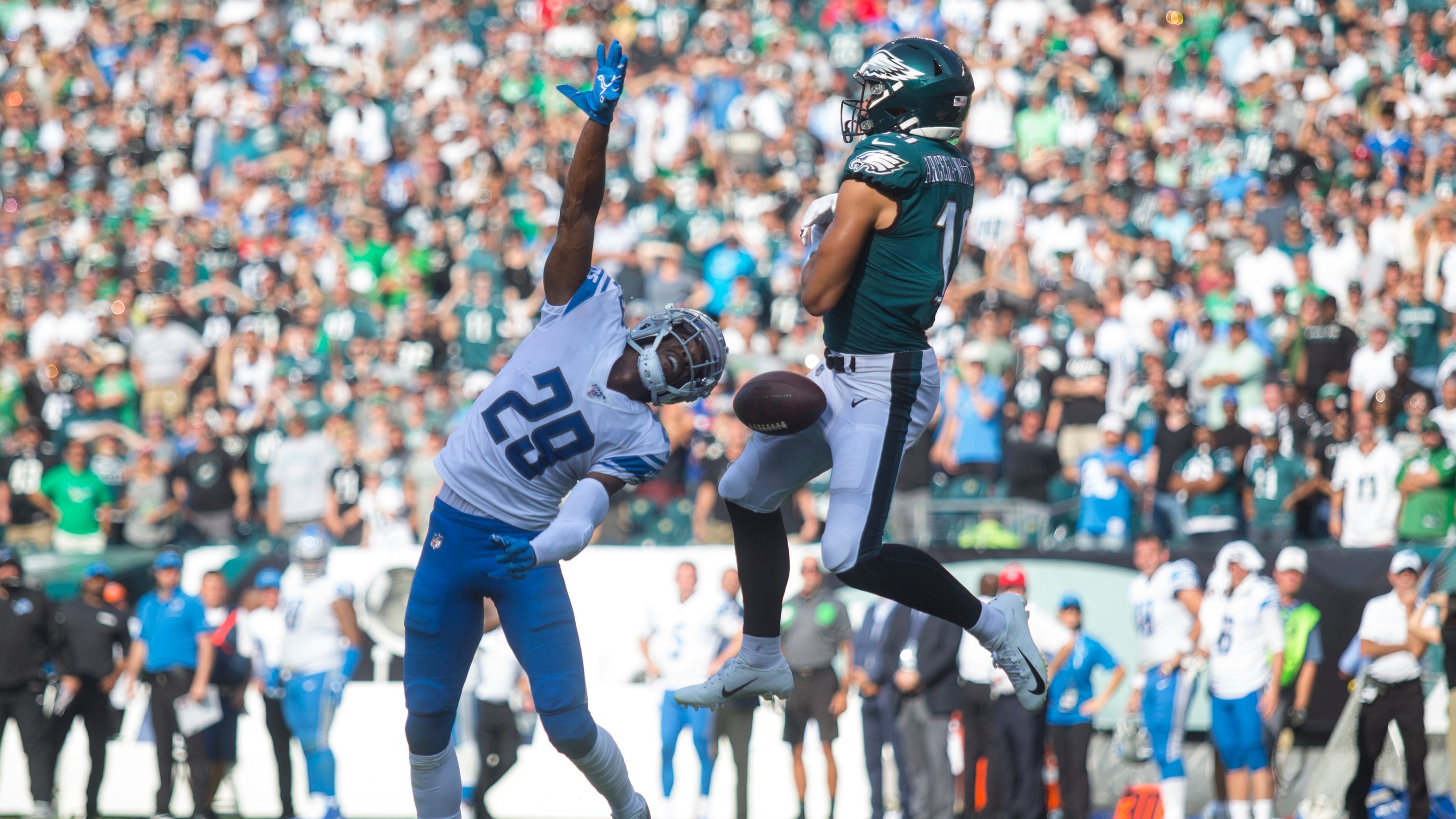 Since their epic 2017 playoff run, the Philadelphia Eagles have excelled under only one condition… (Photo: Jerry Habraken/Delaware News Journal)They must be heavy underdogs.

It’s very strange. Team wins Super Bowl. Team stinks for most of following season until backs are all the way against the wall. Team excels. New season. Play like garbage for all but a quarter here or there. Fall to 1-2. Backs against the wall again… Is this what the Eagles need to be good now? I sure hope not.

Before we move onto Week 4, let’s just take a look at these two drops one more time. Mack Hollins… hold onto this one and the Eagles are in game-tying field goal range.

Before J.J. Arcega-Whiteside's drop on the final drive, there was this one from Mack Hollins. A catch and the Eagles are in FG range with 1:30 left and a timeout. pic.twitter.com/MF0e4ZcfCE

Arcega-Whiteside… catch a football that cleanly hits both your hands and the world isn’t collapsing around the Novacare Center.

Drafted for these types of jump ball situations, JJAW's gotta have it – pic.twitter.com/N2Lvh5gbYp

For those of you keeping track, the last three Eagle losses can reasonably be tied directly to drops. Alshon Jeffrey against the Saints in the Divisional Round. Nelson Agholor in Atlanta in Week 2, and Hollins and Whiteside joined forces in Week 3 to bury the Eagles against Detroit. The Eagles have five receivers on their active roster. I’d bet my mortgage on DeSean Jackson dropping the game-winning touchdown in Lambeau but he’s not playing, so we may be spared.

Quarterback? Good.
Ground game? Trash.
Offensive line? Not good.
Receivers? Injured, and thus, dreadful.
Play calling? It swings wildly from quarter to quarter, with range from Guardians of the Galaxy 2 to Avengers: Infinity War.
Special teams? Whatever. They did give up a 100 yard TD, though. That almost never happens in the NFL anymore.
Run defense? Stellar.
Pass Rush? Missing in action, approaching milk carton status.
Linebackers? Do the Eagles have linebackers? Who was the last linebacker to make a play for this franchise? Carlos Emmons?
Corners? Stretches of “oh heavens they suck” with flashes of good. Mostly just blllllppp (fart noise).
Safeties? Good.
Play calling? Jim Schwartz’s blitzes are a welcomed sight to opponents. If the sticks defense isn’t public enemy #1, you know there are problems.

To recap, that’s three “we got this,” three leaving you cold, two bi-polar and four train wrecks. That’s not very indicative a good team.

It’s only Week 4 and the Packers are one of a handful of 3-0 teams that aren’t as good as their record. Green Bay’s defense, while good, has “battled” Mitch Trubisky, Kirk Cousins and Joe Flacco. I’m going to need more evidence before I anoint them a great defense.

Secondly, Aaron Rodgers is either on the slow road to Washedtown or he’s delayed in picking up this new offense. He still flashes MVP Rodgers, but he and that offense have yet to put together anything more than a random good quarter. Maybe the Eagles secondary is the perfect prey for Green Bay to find their rhythm. (Please no?)

I will say this; I’m of the belief that the Eagles secondary is better without Ronald Darby. He’s a non-tackler, his ball skills are hilariously bad at times and the Eagles best stretch of defense last year was without him. So count me optimistic that the secondary holds its own Thursday night.

In conclusion, the Eagles have proven themselves exceptional in the art of finding ways to lose. Their drop stats are off the charts compared to the rest of the NFL. Exceptional quarterback play (Carson Wentz is ranked as the 3rd best QB by Pro Football Focus), rarely leads to doom and gloom in the NFL, but the Eagles have found a way. I’m a homer; so I’m desperately hoping the Eagles overcome a short week at a tough location against a good team, but I don’t feel great about it. 1-3 is heading straight for the Eagles lap. It’d be nice if they drop it. EAGLES +4.5