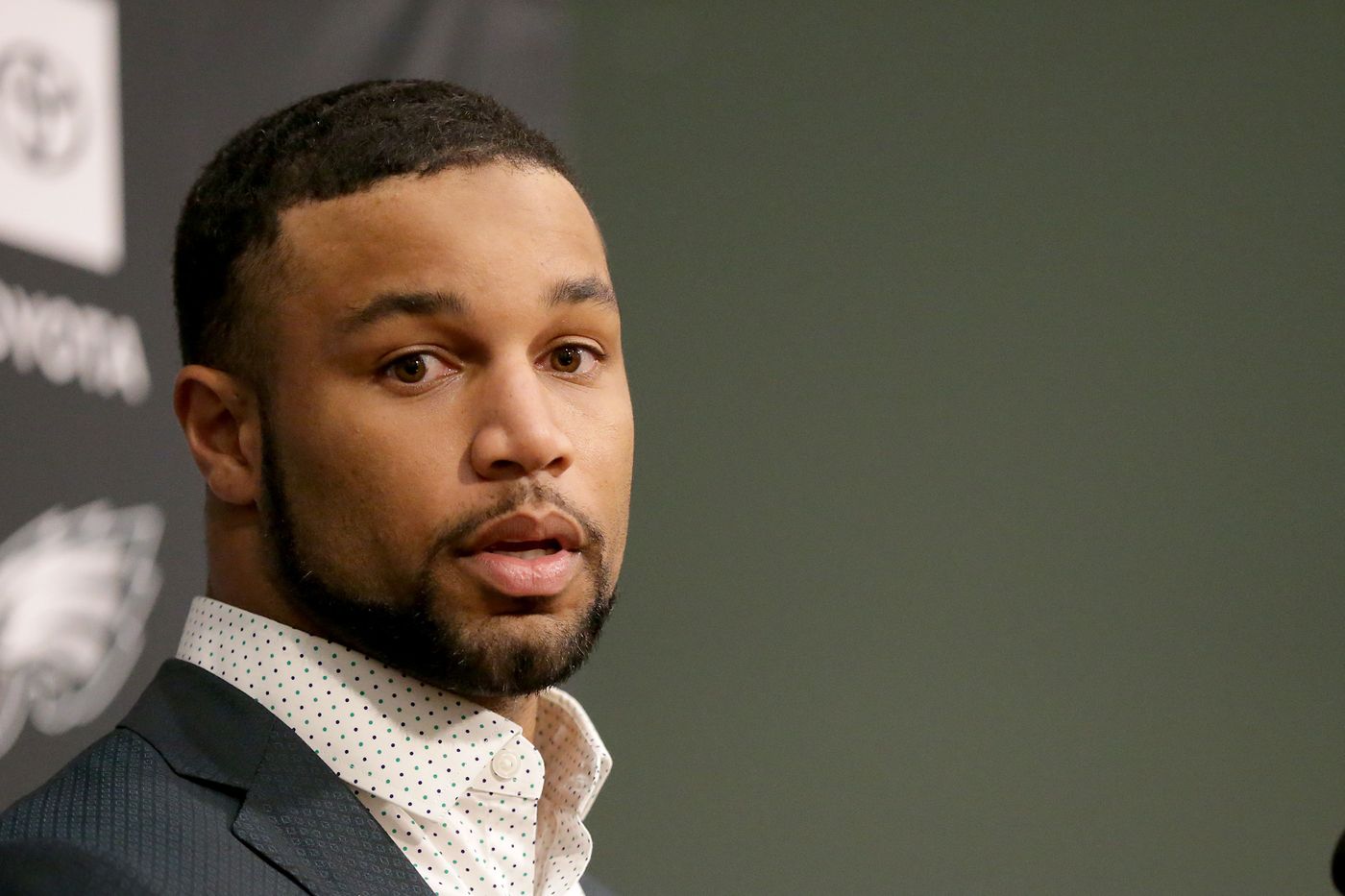 Over their Week 9 bye, the Eagles traded for wide receiver Golden Tate. Some thoughts… (Photo by DAVID MAIALETTI)

1. The move obviously makes the Eagles better this season. Surrendering a 3rd round pick for an 8 week rental is tough to swallow, though. Given their cap situation moving forward and the age of the team at key positions, the Eagles need to hoard draft picks, not trade them away for rentals. Tate is already 30, so it’s unlikely the Eagles will look to keep him around after the season unless it’s at a discount or a one year deal like they did with Mike Wallace. Again, Tate is 30 and will be 31 next season. There’s no 3rd or 4th round compensatory pick coming if Tate signs elsewhere in the offseason. The compensatory pick will in all likelihood be a 5th or 6th. Plenty have rationalized the trade because the Eagles have an additional 2nd round pick in 2019. While that’s true, having an extra pick doesn’t necessarily make other picks expendable, or at least it shouldn’t. Extra picks are extra swings.

2. What does this say about Mack Hollins and Mike Wallace? Both will be eligible to return from injured reserve in the coming weeks. We haven’t had any updates in regards to health since their respective injuries, though Mack Hollins looked spry dancing for veterans during the bye week. Is one likely done for the season? Are both? If both are healthy, I’d still be in favor of bringing both back. The offense is the Eagles best chance at repeating this season so all hands on deck.

3. Believe it or not, the Eagles offense has been about as good as it was in 2017. The 3rd down conversion rate is slightly lower (less than 3%) but the yardage is just about identical. In fact, the Eagles are getting more red zone attempts this season (3.9/game) than last year (3.4). So why add to the offense via trade and not the struggling defense? I don’t have an answer, but I do have guesses.

Guess #1: There were no impact defenders available at the trade deadline, or at least not at a price the Eagles liked. Sure, the Redskins acquired Ha-Ha Clinton Dix for a 4th rounder, but if early results are any indication (Matt Ryan threw for 350 yards Sunday), he wouldn’t have helped the Eagles.

Guess #2: Howie Roseman looked around the NFC and saw no dominant defenses. Try real hard to think of an NFC defense that makes you pause. There are none. In fact, the entire league is void of a dominant defense this season. If the Eagles can’t address their defense, why not try to outscore everyone else? It actually makes a lot of sense. Wentz continues to blossom despite an iffy offensive line and no running attack. He gets better every week. Give him more weapons and let him go scorched earth on opposing defenses. Though Tate doesn’t bring the deep threat the Eagles so desperately need, his presence underneath should bring safeties lower and allow lesser receivers like Nelson Agholor or Shelton Gibson more open opportunities downfield. Tate also has big play potential. Instead of getting Agholor the ball within two yards of the line of scrimmage and watching him struggle to gain ground, those plays will now go to a dynamic playmaker like Tate. Tate is essentially a running back playing wide receiver. He’ll make people miss and run over them if need be. He’s also a huge threat in the red zone.

Guess #3: Remember when I said the Eagle offense was as good as 2017? There was one exception. The red zone. The Eagles aren’t as potent when it comes to converting in the red zone. The 2017 Eagles converted nearly 65% of their red zone trips to touchdowns. The 2018 model is at 55%. Tate adds an entire dimension to the red zone. As a former running back you can just as easily line him up in the backfield. Jet sweeps, bubble screens, crossing routes, shuffle pass; the list goes on and on. Tate can do it all. So while Robbie Anderson may have addressed a specific need more directly, Tate’s a significantly better all around receiver and should improve the offense with his versatility as much as/if not more than a deep threat like Anderson.